Our film, “Brave New World” won first prize in the Bertha DocHouse competition
It has been announced on @BerthaDocHouse Twitter and Instagram.

BRAVE NEW WORLD explores how the pandemic offered Tanasha an opportunity to reflect on life. Watch in full here:

Susie (name changed to preserve privacy) rang yesterday to say that she is very happy now and feels free.

She approached us via the One Stop Shop a few months back, and was stuck in a sexually and physically abusive relationship, imprisoned inside her home for 22 hours a day. She only snuck out to meet us by saying that she had an appointment at the council. Although her partner was frequently explosively violent, she felt that she couldn’t call the police due to possible reprisals.

Her Centre worked closely with her to devise an escape plan, reduce risk and, perhaps more importantly, to empower her to understand the context of sexual and domestic violence. It turned out that he was using sexual violence to belittle and embarrass her so that she felt if she reported the physical violence the truth of the sexual violence would come out, bringing shame upon her.

After 3 weeks of intensive work she was again attacked, and she, for the first time in 4 years, called the police.  He was taken into custody. Susie got a court protection order, changed her phone number and started carrying a panic alarm.

Now she feels that he is truly out of her life and able to rebuild her and her son’s lives free from violence. She enrolled in a health & social care course and is beginning to get back in contact with friends and family that she was previously cut off from. She is happy and looking forward to the future.

In Her Own Words:

“I would like to thank the support the Her Centre provided for me over the past one year with this email. I received help straight away after I had been assaulted last year August 2015. I have attended therapy with my counsellor from September 2015 till October 2016. Following the assault my life has changed upside down. My relationship broke down and on March 2016 I attended court as well. The man was found guilty and has to remain in prison for 3 and a half years. The therapy really helped me to have the courage to go to court, the trial was traumatic and I felt really low afterwards for a period of time but the group sessions help me with breathing techniques and one to one with my counsellor helped to overcome my fears and low periods.

I created a prison for myself for a period of time after the trial and didn’t go anywhere on my own after dark, I also refused to leave my flat during the weekends until I had to go to work on Monday mornings. The therapy supported me through to re-identify myself and realise I shouldn’t feel guilty or shamed because of what happened and I was able to come to terms with my relationship breakdown as well.

After the incident, I had to notify my employer as I was off from work for a period of time, it was really difficult to return back to work. I feel like without therapy I would not be able to cope.

October 2016, I changed my job and now work in a qualified career which was my goal for a long period of time. I now know I have a choice in life and can change things, and for me it was important that the therapy was not a short period of time as after the assault thing spiralled in all aspects of my life. At one point, I felt I didn’t want to live anymore and planned to take my life but with my counsellor’s support I was able to overcome some of the darkest moments in my life and was able to change things positively.

I would like to thank the Her Centre for the support I received through the ISVA as well as Dipa for attending the trial with me.”

The Journey of a Teenager through crisis support and counselling

Carol, age 17, had been in a relationship with her boyfriend James for less than 6 months. 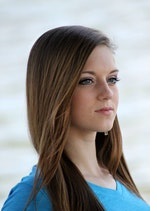 There had been a high level of violence in very short space of time. Carol always had bruises and other injuries when she attended college. Carol was referred to us by the police when her mentor at college persuaded her to report the abuse.

Her family background was filled with abuse, as her dad was very violent towards her mum. Carol currently lives with her mum and step dad. Carol said her step dad was also a violent man.

Carol disclosed to Police that she was kicked and punched on her legs, arms and stomach. He cut her hair off and set the remaining hair alight. She was also thrown out of the property with no clothes on, and the door slammed trapping her hand in the door.

Our Young Person’s Advocate contacted Carol and advised her about the support services that we offer, and how we could support her. She developed a safety plan with Carol & explained all her options, in-cluding legal prosecution.

The Advocate had 8 sessions with Carol covering healthy relationships, how to keep safe and offering Carol emotional support. Carol was very frightened to attend court, as she had no support from her mother and didn’t want her step dad finding out.

Carol attended court with our Advocate, and James pleaded guilty and was given a 12 weeks’ sentence and a Restraining Order was put in place. We then referred Carol for 1-1 counselling.

Six months after Carol finished counselling sessions, we called her to find out how she was doing. She said she is not in an abusive relationship any more, feeling much safer now and would like to volunteer and help young girls like her who are in violent relationship.

Any cookies that may not be particularly necessary for the website to function and is used specifically to collect user personal data via analytics, ads, other embedded contents are termed as non-necessary cookies. It is mandatory to procure user consent prior to running these cookies on your website.